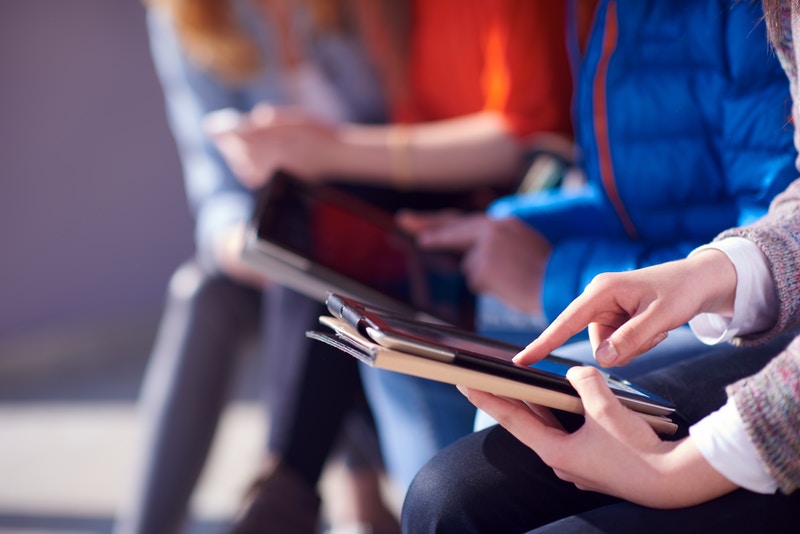 Technology will be the gift that high school students in the second largest school in the district will receive when they return from winter break. The Millard Public School district is going to issue all high school students laptop computers when they return from winter break. This means that Nebraska?s third-largest school district will join the growing list of districts that are implementing one-to-one computer programs.
The term one-to-one means the Millard district will put a single, district-owned computer in the hands of each high school student. In the process of this much anticipated roll out of technology, the district will phase out shared classroom computers and high school computer labs. The current lab and classroom computers that have not been aged out will filter down into the middle school and high schools in the district and the unneeded computer labs will transition into traditional classrooms to provide space to accommodate enrollment growth.
The decision to go one-to-one has taken some planning. From creating a platform to backup gmail accounts for students to creating printing stations throughout all of the high schools, the district has been preparing the January 2017 technology roll out for more than a year. School officials in the Millard district indicate that the timing was right for the launch. The combination of lower costs for the devices, combined with the increasing affordability of both bandwidth and online curriculum made the decision a money saving venture for the district. Paper textbook costs continue to increase and that content is static, but according to district administrators and technology staff the online curriculum options can be constantly updated.
Computer Implementation in Classrooms Continues to Have Critics
Even with all of the excitement for the technology implementation, however, the district and teachers are aware of the current research that suggests computers in school may have little effect on student achievement. With this in mind, the teachers have been working the entire year and last summer as well to make sure that they will be able to use the computers to their full potential.
And while the educators have been researching the implementation of curriculum use, the district’s technology staff has been creating platforms to guarantee the best case scenarios for users. The plan, for instance, to have systematic times scheduled to backup gmail accounts and to plan for Google calendar recovery is just the tip of the iceberg. Additionally, to plan for a smooth rollout, Millard technology staff have tried to think of all possible problems, including what happens when students turn all of this technology on at the same time.In an effort to make sure the laptops were secure, district staff members invited an initial test group of students to try to hack the new machines. The students discovered some vulnerabilities that needed fixing, but the end result appears to be a system that will serve students and teachers.
Millard is not the only school district in Nebraska that has gone to one-to-one technology, but they are the most recent. Given that the two districts in the state that are larger than Millard have not yet rolled out a one-to-one technology platform, it is a certainty that the other two larger districts will be watching. Implementing such platforms as G Suite for education and the systematic plan to backup gmail accounts, are just two ways the Millard district will be testing the waters for even larger districts.
Google Cloud Recovery Platforms Provide Security for Schools, Businesses, and Health Agencies
It is obviously not just school districts that are concerned with a plan to backup gmail accounts, calendars, and data. Businesses and agencies continue to move toward more digital implementation of their customer and client services. In fact, 24.29% of Americans currently use Gmail during work hours. Additionally, the Gmail App has been downloaded from the Google Play Store one billion times. When you realize that so much of what employees do involves digital data, it is a growing concern that 6% of all computers experience some type of data loss each year. For this reason, even before a major roll out of new technology occurs, IT staffs are making plans for the systematic backup that will be needed to help companies recover from an eventual data loss event.